Several volunteers were honored at Tuesday night’s board meeting held at Barhitte Elementary School. Mr. Arrington was able to recognize the following individuals for their commitment to Bentley Community Schools:

David Fletcher: Mr. Fletcher is an employee of ZF-TRW. The company generously donated lockers to Bentley.

Bryan Danks: Mr. Danks is also an employee of ZF-TRW and a Bentley parent. He was instrumental in transporting the lockers from his company to Bentley schools.

Renee Gatica: Mrs. Gatica is also a board member and member of the athletic boosters. She also helped organize the purchase of the new tunnel.

Tim McComb: Also a board member, Mr. McComb graciously donated his time to help organize the athletic department during the summer.

Bentley Community Schools recognizes the importance of volunteers that are instrumental to creating a great learning environment.

Board meetings are held the second Monday of every month, typically at the Administration Building. 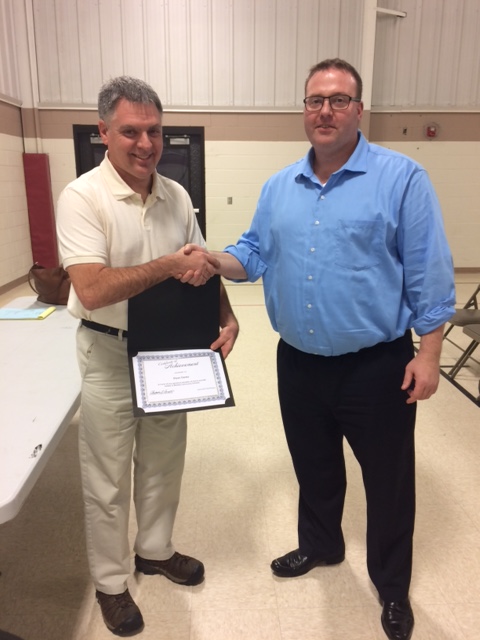